ARCTIC ICEBREAKER HAS BEEN LAUNCHED 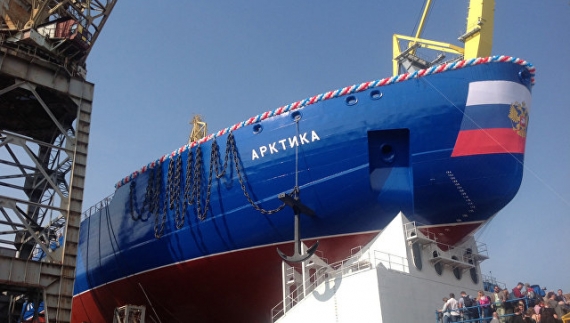 The most powerful in the world nuclear icebreaker “Arctic” was launched at Baltic shipbuilding plant (Baltiyskiy Zavod) in St. Petersburg.

It will become the leading ship of 22220 design according to which it is planned to build a group of nuclear icebreakers to explore the Arctic and consolidate Russia’s position in it.

The icebreaker was laid in November 2013. Its length is 173.3 m, width 34 m, gross displacement 33.5 ths.t, the crew is 75 people. In the ship there will be twin-reactor power plant with the main source of steam from RITM-200 175 MW reactor. The icebreaker shall be commissioned in December 2017.

Icebreakers of 22220 design will be capable of convoying ships caravans in the Arctic, breaking ice up to 3 meters of thickness.

Double draught design of the icebreaker allows using it not only in the sea, but also in the estuaries. The Baltic plant shall build three nuclear ships of 22220 design. 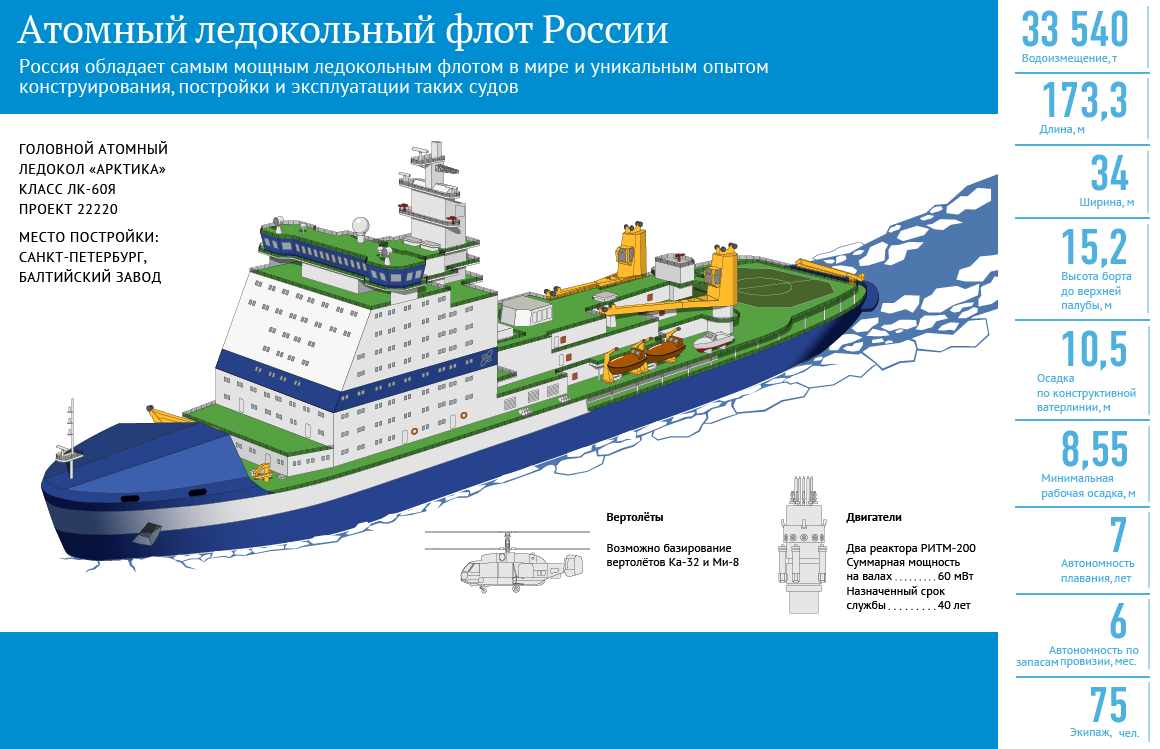